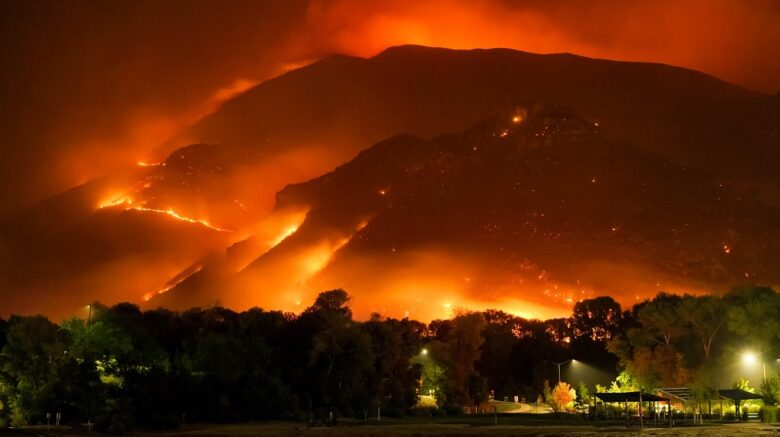 The following was published in the Mariposa Gazette, as an opinion piece on sensible forest management.

Citizens for Sensible Forest Management, (CSFM) was organized right after the start of the Creek Fire in 2020. We are ordinary citizens who have lived in and loved the Sierra Nevada mountains and foothills all our lives.

We have been around long enough to witness the devastation to our forests from lack of sensible forest management. This problem, which did not occur overnight, is well over 30 years in the making and will not be solved overnight.

Why haven’t the forests been managed sensibly and with balance? There are two primary reasons:

• Environmental Denialism — Which we define as those organizations who refuse to consider empirical evidence that some of their actions regarding forest management have had the opposite effect on their goals. Rather than reduce carbon emissions, mega-fires have set California and other western states behind in their carbon reduction efforts and the protection of its ecosystems. Their lawsuits have stalled forest management over the years. Let’s make it clear, we do not argue that climate change is real, but why waste time arguing about the cause? Rather, let’s accept that reality and do something about it! Let’s take action to protect our forests from uncontrolled wildfires which destroy homes, businesses, wildlife habitat and have a disastrous effect on air quality.

• Misguided legislation and regulations — Legislators must acknowledge that laws and regulations have been a primary cause of not allowing professional foresters to manage using all proven means to improve the forests’ health including those used by Native Americans for centuries. Scientists back many of these forest management principles.

What are we calling for?

• Environmental denialist groups to stop their legal actions against those intended to heal our forests. Certain organizations have built a business around environmental lawsuits. They no longer work for the good of conservation, habitat or the environment. They have become focused on building a suite of lawyers who sue rather than work for a solution with stakeholders. We encourage such groups to work with the forest service and responsible foresters who want to take action to reduce destructive fires and restore our forests.

• Legislators to change laws and regulations that have restricted sensible forest management. Although we see some progress in this area, such as the federal government’s recent announcement of a major initiative to reduce fire risk across the West, much more needs to be done by enabling legislation and updated regulations. Simply put, allow the agencies charged with managing the forests to do their job.

We were encouraged when in early 2021, a federal judge in Fresno declined to approve an injunction request to prevent important forest management projects by the United States Forest Service. The plaintiffs were attempting to stop 45 projects, long in the planning stage, to reduce the potential for more devastating fires. Sadly, the appeals court headquartered in San Francisco largely sided with plaintiffs in their lawsuit and sent the case back to U.S. District Court for further review. Again, delaying time critical projects.

The plaintiff’s concern is the Pacific fisher. This singular approach to environmental protection — trying to protect a species without regard to the impact on the entire ecosystem — is counter intuitive. Rather than saving the fisher to save the forest we should be focusing on saving the forest to save the fisher. Yet these environmental denialists use this approach consistently while allowing millions of acres of forests to burn. It’s hard to see the global benefit being achieved because there aren’t any. Forests burn, vast habitats are lost, pollution abounds and watersheds are critically compromised.

Two of the plaintiffs of particular concern named in the suit are Unite the Parks, whose website lists their contact address as a post office box in Mariposa, and the Earth Island Institute of Berkeley. Chad Hanson, director of the John Muir Project, is aligned with the Earth Island Institute. He has been accused of driving an agenda-driven viewpoint, excluding data which does not support his viewpoint.

Over 100 scientists have co-authored at least 41 scientific papers that rebut Hanson’s and his colleagues’ arguments. He and his supporters are effectively environmental denialists — refusing to acknowledge the impacts their antiquated views have had as forests continue to burn around the West.

We do not have time to bicker anymore or to keep talking about this severe problem. The time for action is now. Concerned citizens can support balanced actions to assure our forests’ resilience and respect their ecosystem in a challenging world. Regardless of party affiliation, politicians who propose or support positive changes to laws and regulations should be encouraged. They must also ensure the continuity of forest resources for future generations. We ask all citizens, including members of environmental groups, to direct their attention to the forestry sector. We invite reflection and action on three points in particular:

— Cooperation and collaboration between stakeholders,

— Understanding the forest sector and its place in the future

We don’t doubt many members of litigious organizations have the same desire we do to protect our forests and wildlife. We encourage people who are members of these organizations and who, like us, only want what is best for our forests to refuse to follow denialist leadership and attorneys who benefit financially from their obstructive actions. We may have had differing views in the past but people of good conscious must now come together to work for solutions.

Finally, we acknowledge we are a small group that does not have the vast financial strength and influence of environmental denialists. We only have a strong belief and a commitment to work hard for sensible forest management.

Robert Longatti is a member of the Citizens for Sensible Forest Management, a 501c(4) non-profit. Find out more information at csfm.net.