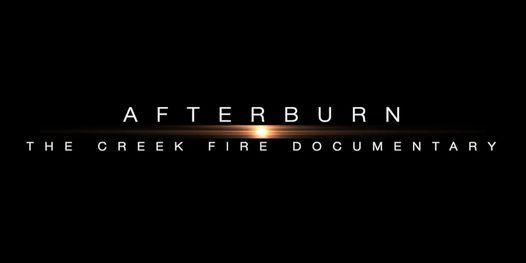 This impactful documentary, produced by Jeff and Jill Aiello of Fresno, CA for PBS looks into the possible causes of the massive 2020 Creek Fire that burned 379,895 acres of Sierra National Forest and Private land. This in-depth documentary includes interviews with the first responders, United States Forest Service and Cal Fire personnel that were on the front lines as well as local residents that lost everything during the fire and their road to recovery. The documentary includes never -before-seen footage of the harrowing Army National Guard Blackhawk Helicopter recuse of campers that were trapped behind fires lines at Mammoth Pool Reservoir.

The documentary details how Shaver Lake Village was saved due to proper forest management and the use of prescribed fire. Unfortunately, the massive build up of fuel in these mountains along with unseasonal strong winds crated a massive run-away fire that was out of control and threatened additional communities beyond those that were lost to the fire. This documentary is a great example of the need for increased forest management in our National Forests, National Parks and private lands.