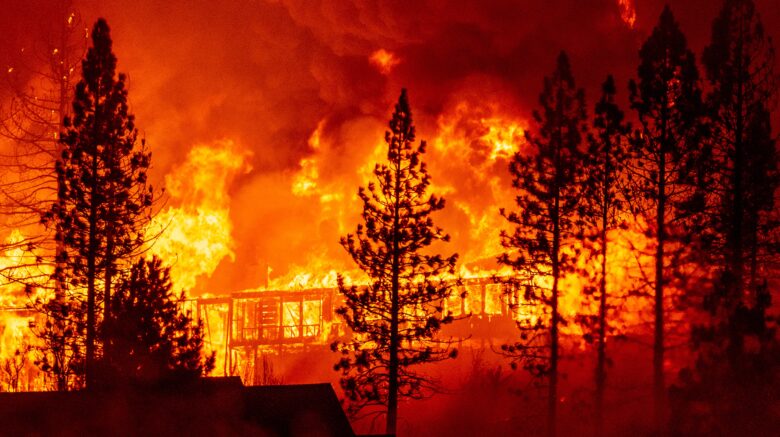 Not that anyone living in California or for that matter most anywhere in the United States will be surprised to read smoke from Wildfires is having a determinantal effect on health and climate change. A simple Google search is all that is needed to find how devastating the results certain regulations and costly time-consuming lawsuits from allegedly environmental groups have had by not allowing controlled burns, thinning, and, yes, responsible logging. Forest Fires are creating a considerable environmental pollution problem. Check these findings from a recent search:

“BILLINGS, Mont. (AP) — “Wildfire smoke accounted for up to half of all health-damaging small particle air pollution in the western U.S. in recent years as warming temperatures fueled more destructive blazes, according to a study released Monday.

Even as pollution emissions declined from other sources including vehicle exhaust and power plants, the amount from fires increased sharply, said researchers at Stanford University and the University of California, San Diego.”

From AP News
Study: Wildfires produced up to half of pollution in US West
By MATTHEW BROWN
January 11, 2021

“California’s 2020 wildfire season thwarted the state’s fight against climate change, spewing enough carbon dioxide into the air to equal the emissions of millions of passenger vehicles driving over the course of a year. Those roughly 9,600 fires burned nearly 4.2 million acres, killed 31 people, and emitted an estimated 112 million metric tons of carbon dioxide, according to a California Air Resources Board report released Dec. 31. The number is akin to the greenhouse gas emissions of 24.2 million passenger cars driving in a single year, according to a calculator from the U.S. Environmental Protection Agency.”

“Wildfires in California in 2018 released the rough equivalent of about 68 million tons of heat-trapping carbon dioxide — about the same amount of carbon emissions as are produced in a year to provide electricity to the state, U.S. Interior Secretary Ryan Zinke said Friday.

The carbon dioxide figure — based on data analyzed by the U.S. Geological Survey — is more than 15 percent of all emissions produced by California in a year, according to Zinke.

“We know that wildfires can be deadly and cost billions of dollars, but this analysis from the U.S. Geological Survey also shows just how bad catastrophic fires are for the environment and for the public’s health,” Zinke said in a statement.”

Even international papers are seeing this problem, from the progressive Guardian in the UK:

Solutions could include a return to “prescribed burns” – a technique that hundreds of California’s Native people have used for thousands of years, setting small, controlled burns to clear out fire-fueling vegetation and prevent the larger, more toxic blazes that have obliterated homes and neighborhoods.”

The dates of the above articles, December 2018 to March 2021, were before the massive fires still raging in California and continue to set records for the number of acres burned.

It is past time to take action! Please support our efforts as Citizens for Sensible Forest Management to convince good people, regardless of political affiliation, to put pressure on State and Federal legislators to disavow environmental denialists and pass and modify laws and regulations that will allow true forest professionals to manage our Wildlands once again. Many supposed environmental groups such as Chad Hansen and his John Muir Project refuse to accept the fact their methods and theoretical science do not stand empirical evidence anymore. Also, read some of the peer-reviewed science behind forest management.